Rabbit pulled from behind dashboard after customer reported ‘funny noise’

An independent garage in North Wales has rescued a rabbit from behind the dashboard of a customer’s car after the owner complained of strange noises coming from behind the glove box. 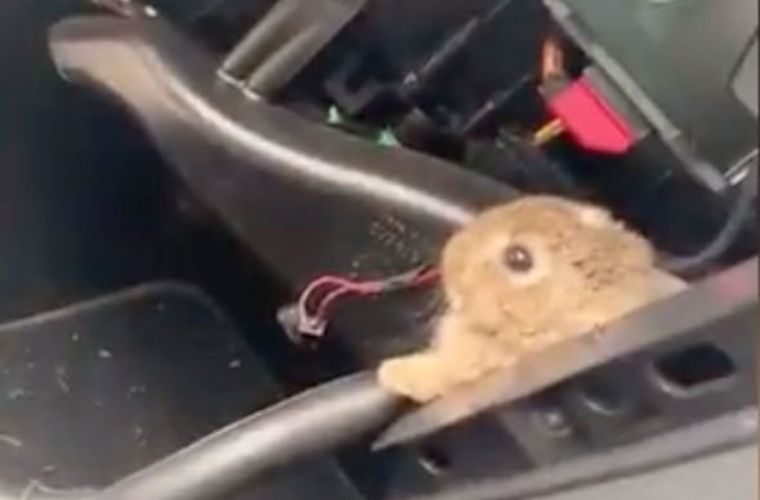 Mr Jones said: “A salesman took a phone call from a family concerned that a funny noise was coming from behind the glove box.

“We started stripping the car apart when all of a sudden out popped this little face – of a little baby bunny rabbit.

“No one really knows how the rabbit got there.

“The people who own the car have a lot of pets and a lot of rabbits – and they must have left the car door open for it to hop on board.

“The mystery of the whole thing was that you couldn’t see anything in there until we took it apart.”

Mr Jones confirmed the rabbit was safely removed from the vehicle and kept safely in a box until the owners of the vehicle arrived.

The owners also took the rabbit back home after discovering it was one of their many pets.

The family were said to have been “relieved” when they came back to collect the vehicle.

« MOT tests: Owners could ‘miss expiry date’ and risk fines due to ‘big increase in demand’Fears of massive backlog for MOTs as millions are set to expire in under 100 days »